Create a soda can design a logo that will celebrate the diversity in people with this drink. This drink is commonly sold throughout South America and is popular in Peru. I will be creating a new graphic logo that will be identified quickly and still hold the standards of the brand. The flavors include Inca Kola/ Golden kola which taste like lemon and bubble gum and kola Inglesa which has a sweet Fanta and cherry taste then finally Purple Prunella which has an ingredient from the prunella flower that is salty and sweet chicha Morada taste which is an extract of purple corn in Peru.

will celebrate the diversity in people with this drink

The red kola Inglesa would taste like cherry-strawberry flavor.

These fonts are from the coca-cola company that bought Inca kola in1999.

The coca-cola company bought Inca kola back in 1999 the first person that founded the drink was a British British immigrant Joseph Robinson Lindley. The drink serves as a national identity and plays a key role to Peruvian designers implementing old Inca designs and colors into the design.

represent stories and traditions in the history of Peru. Most of them represent nature and Gods like the tumi. A common symbol is geographic ones like zigzags to represent the sun. Animals like snakes. Others symbols are the dots which represent bull footprints and lastly diamonds that represent tribe origin.

like gold is most common in Peru at one point roads were paved in gold during the Inca civilization. Which were thought of gifts from the sun God Tumi. As well as green for the land they have. The color red represents the blood shed for independence. White symbolizes purity and peace.

The main colors for the company are mainly Vibrant Yellow, White, and the color of the flavor. I would like to redesign it and change it to Gold Yellow, Metallic green and red for a more united

The logo should be in the middle of the package with a border of design mostly circles. The outside design can differ and be a part of designs that represent Peruvian culture.

Every design must have a gold color in it since it is the main brand color. Optional white border around the sticker padding 5px. Design must be repeated twice ⅔ of sticker and nutrition information in black or dark blue. The flavor must be centered and typography must decrease every line. 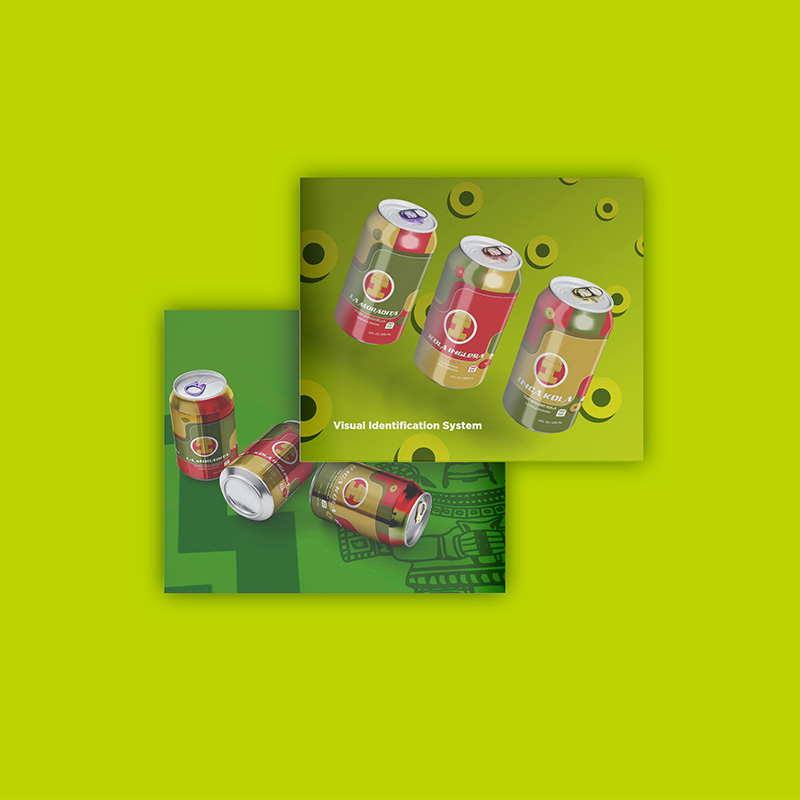 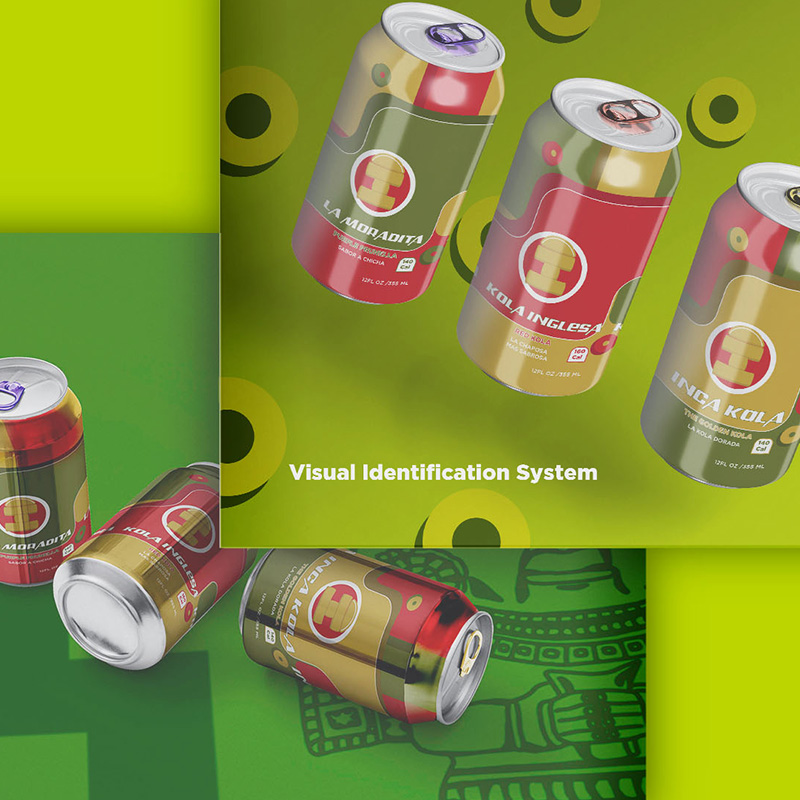 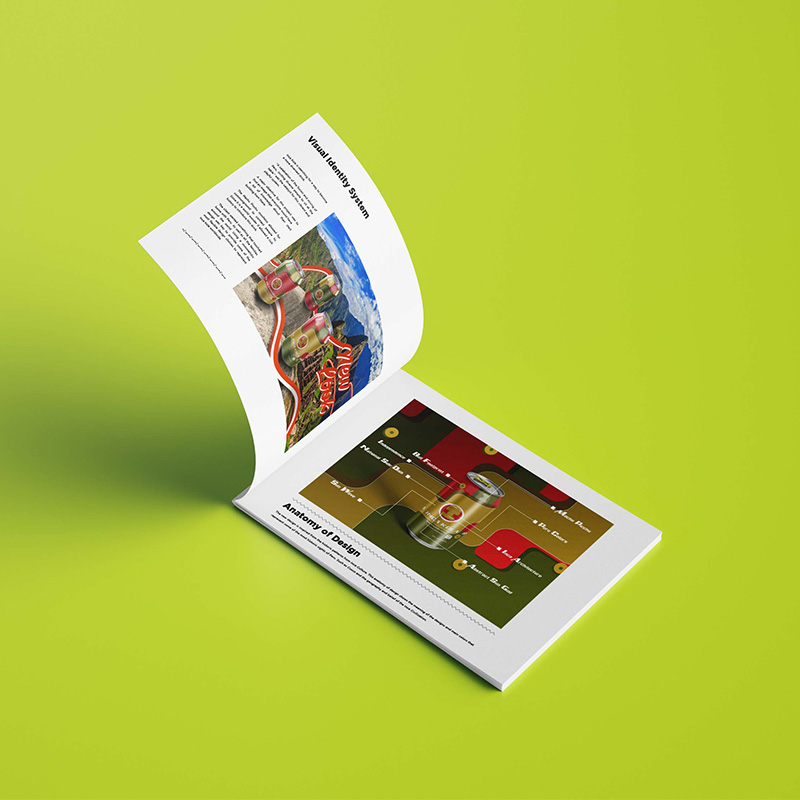 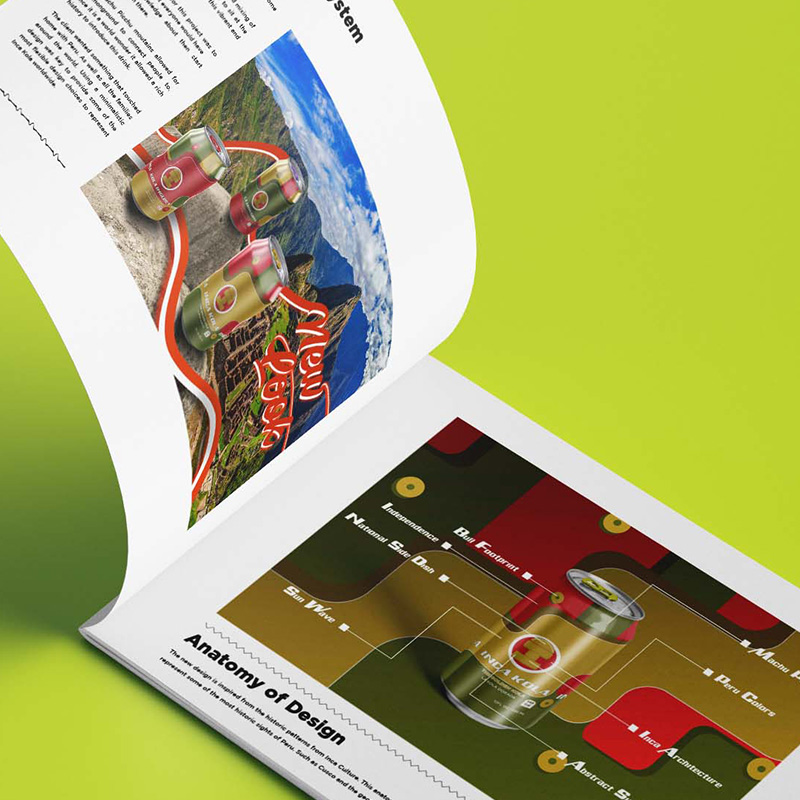 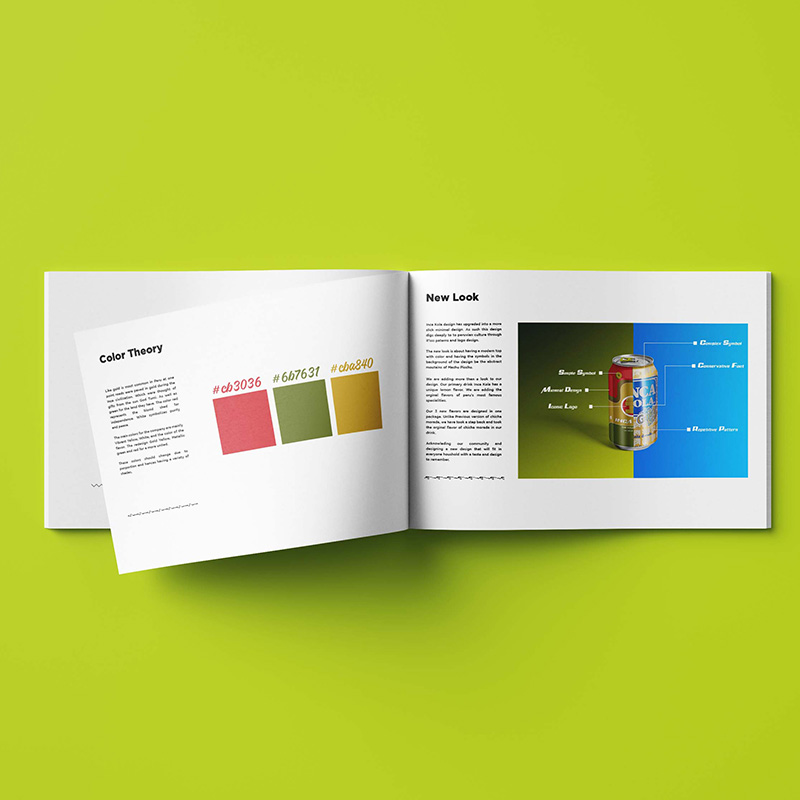 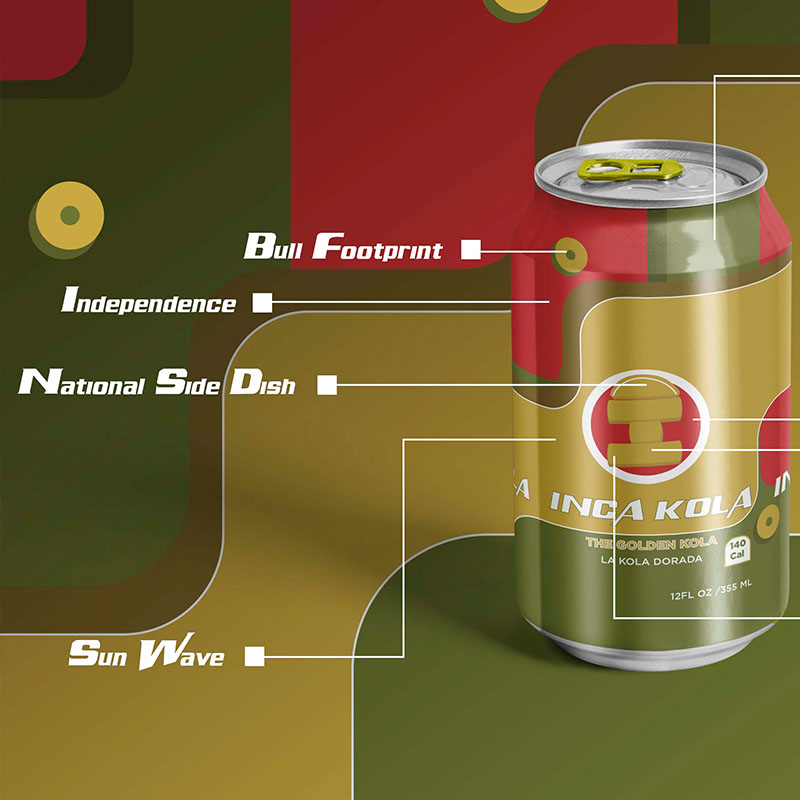 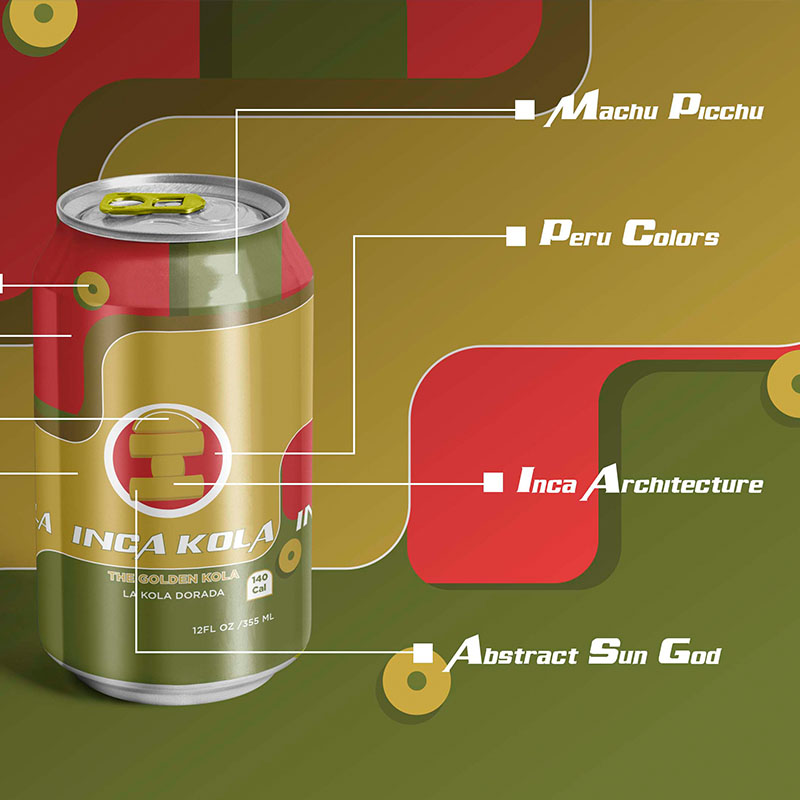 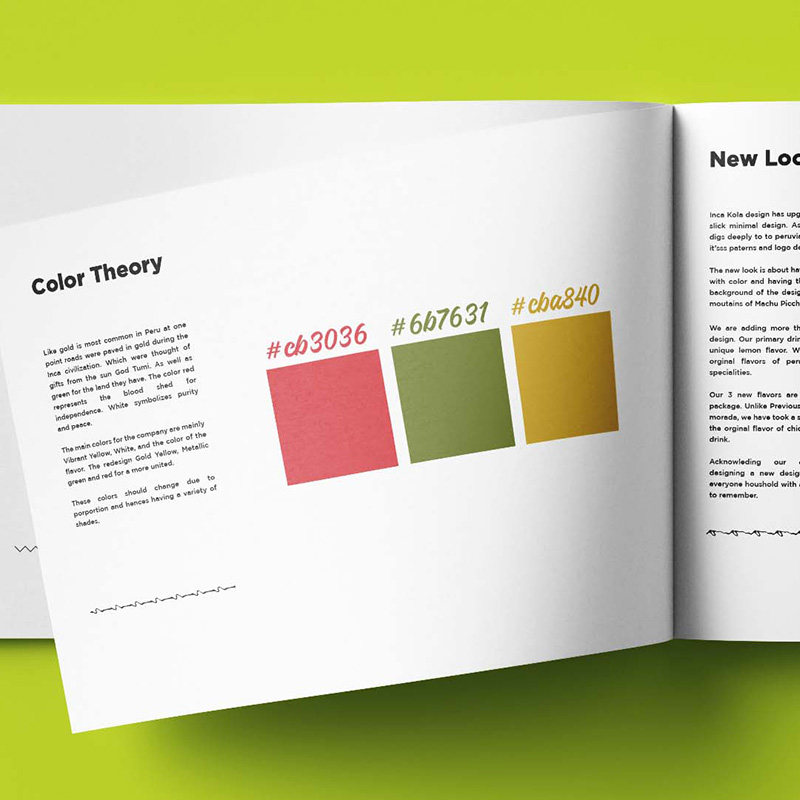 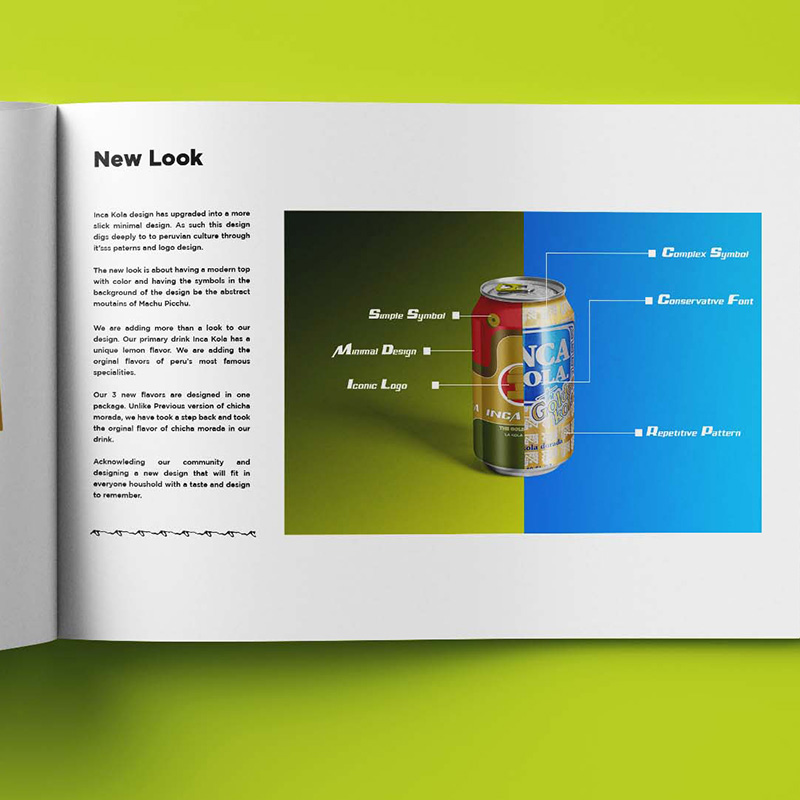 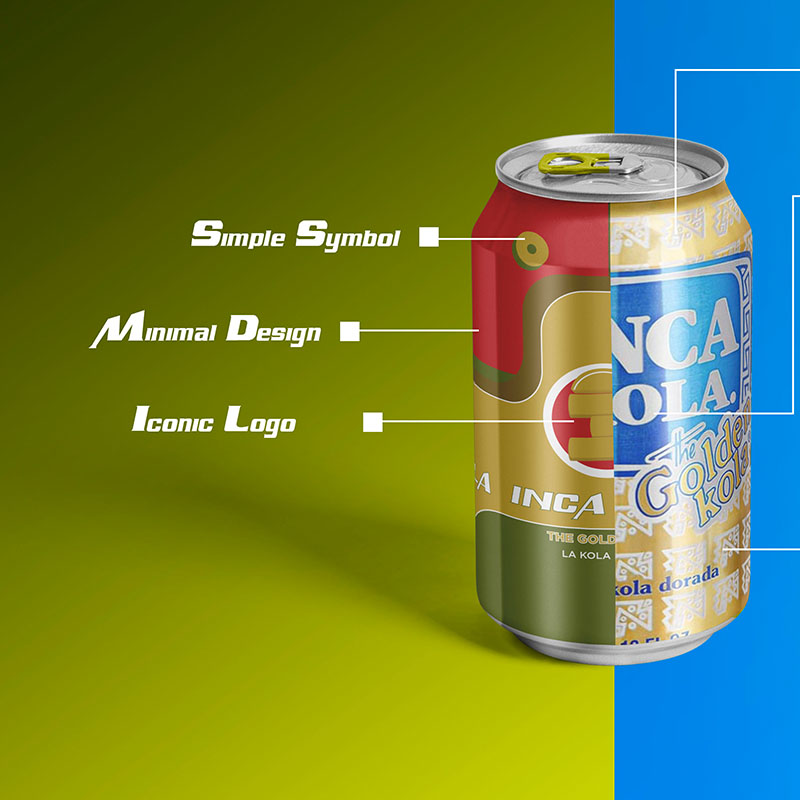 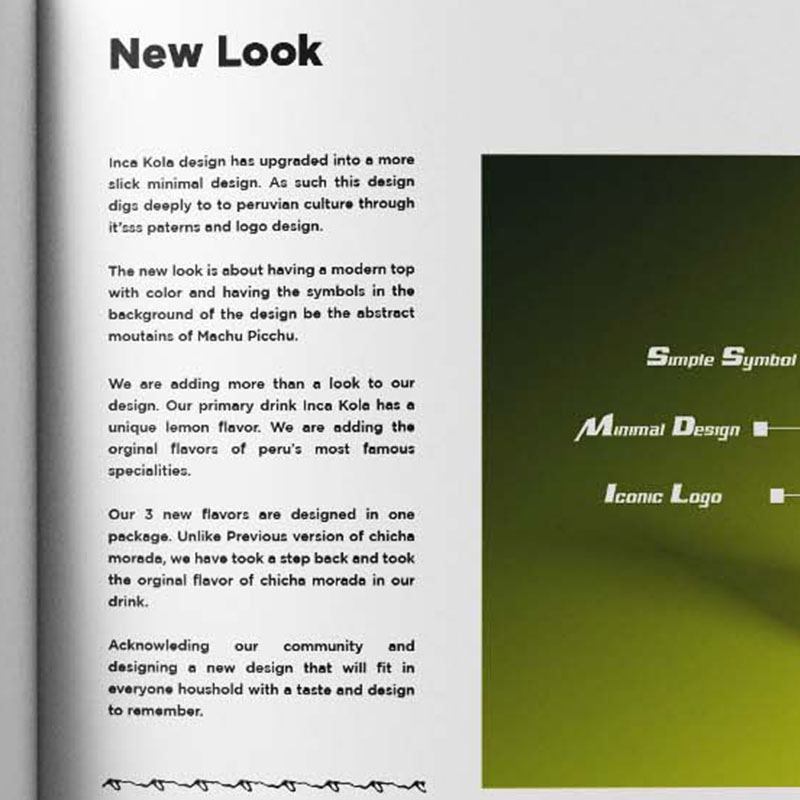 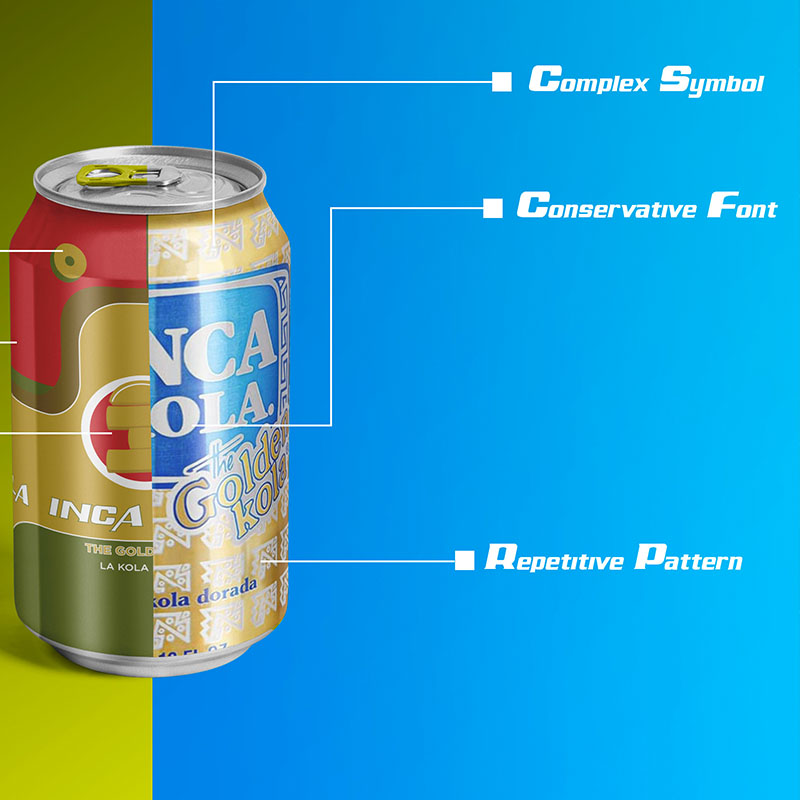 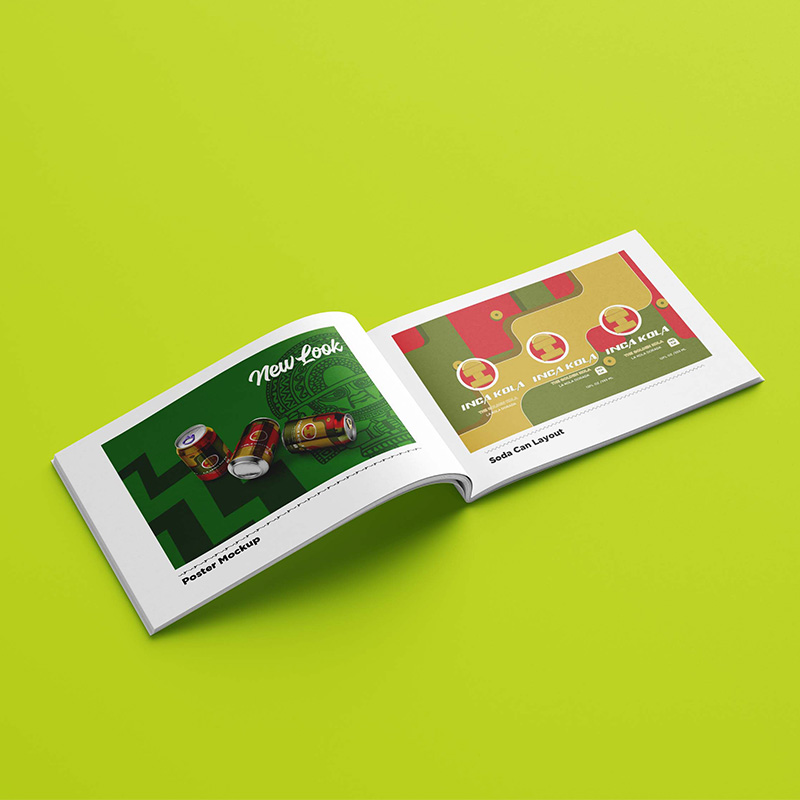 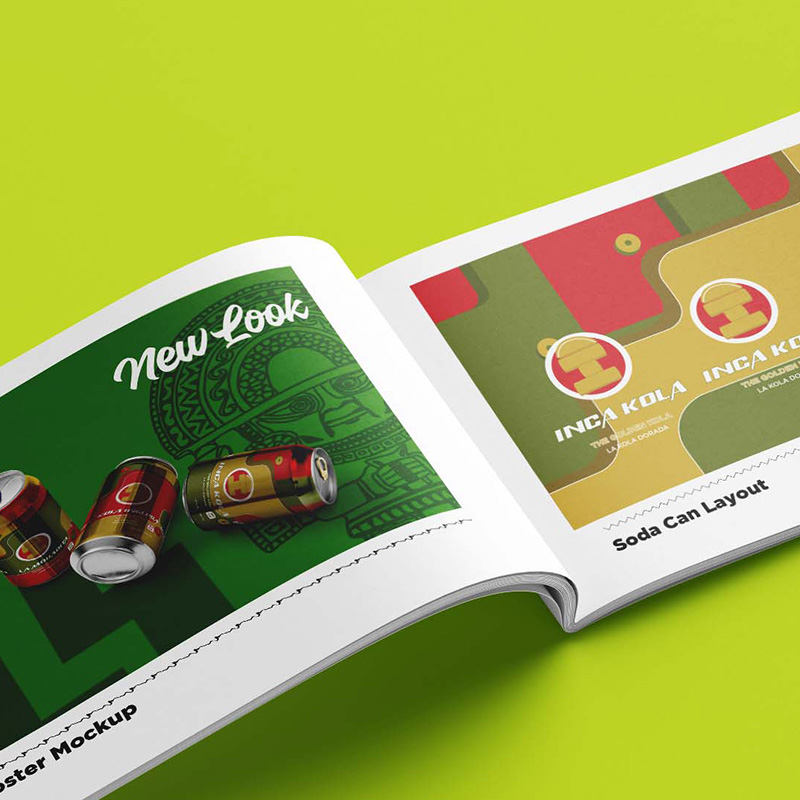 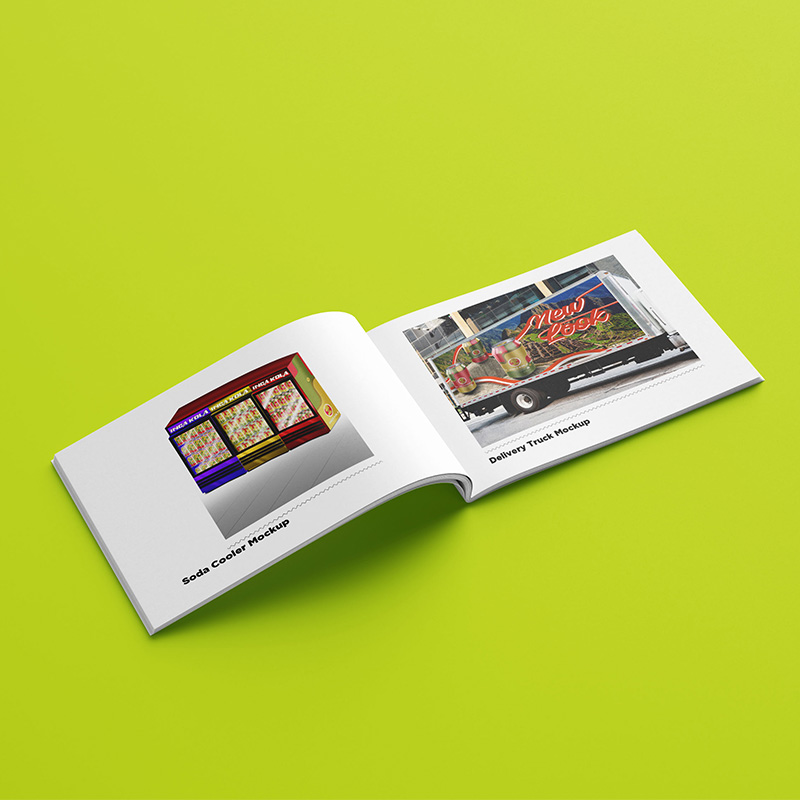 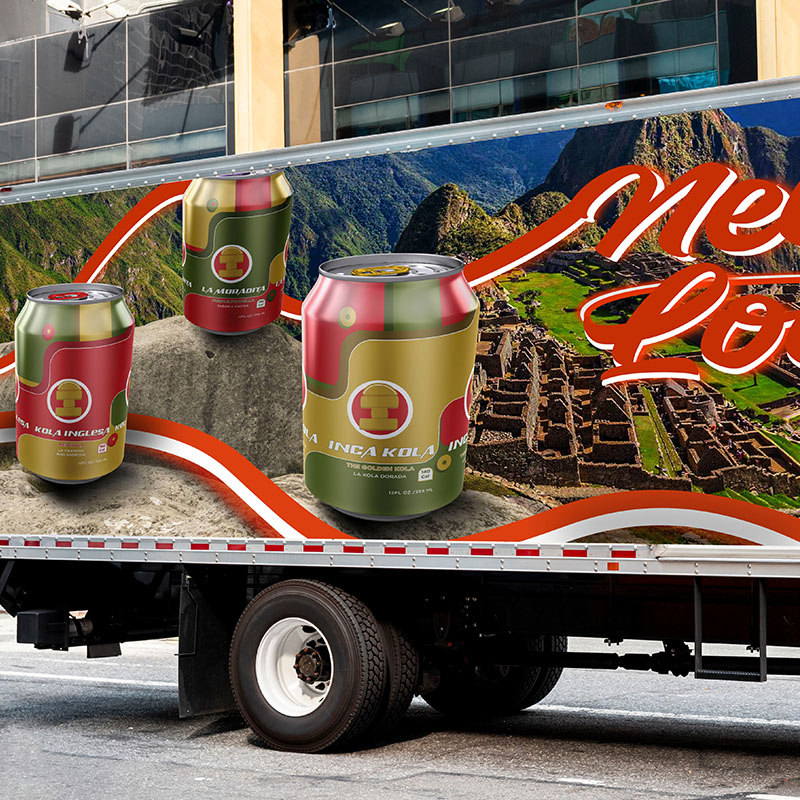 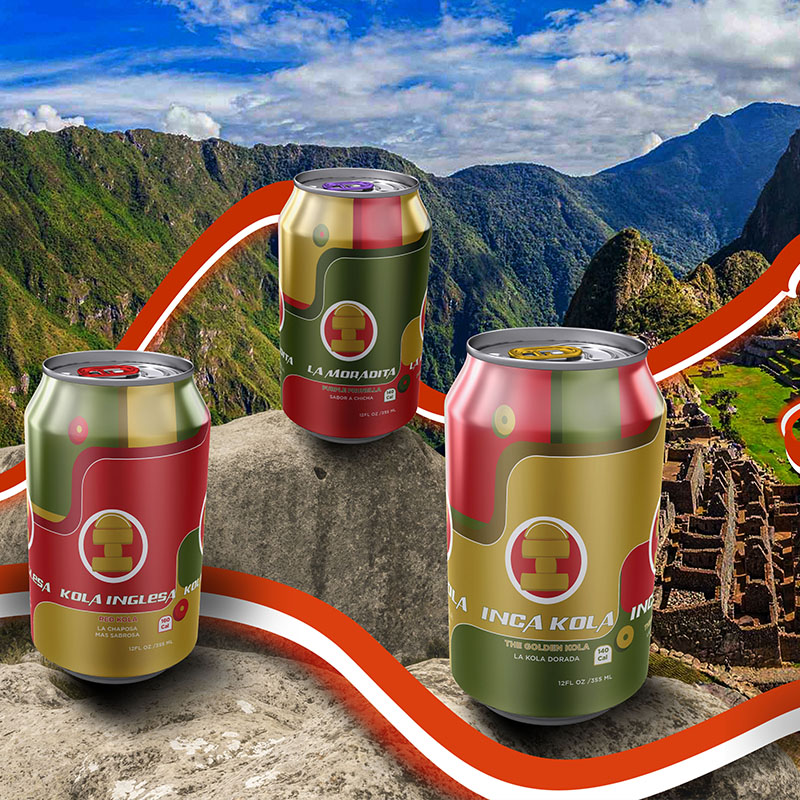 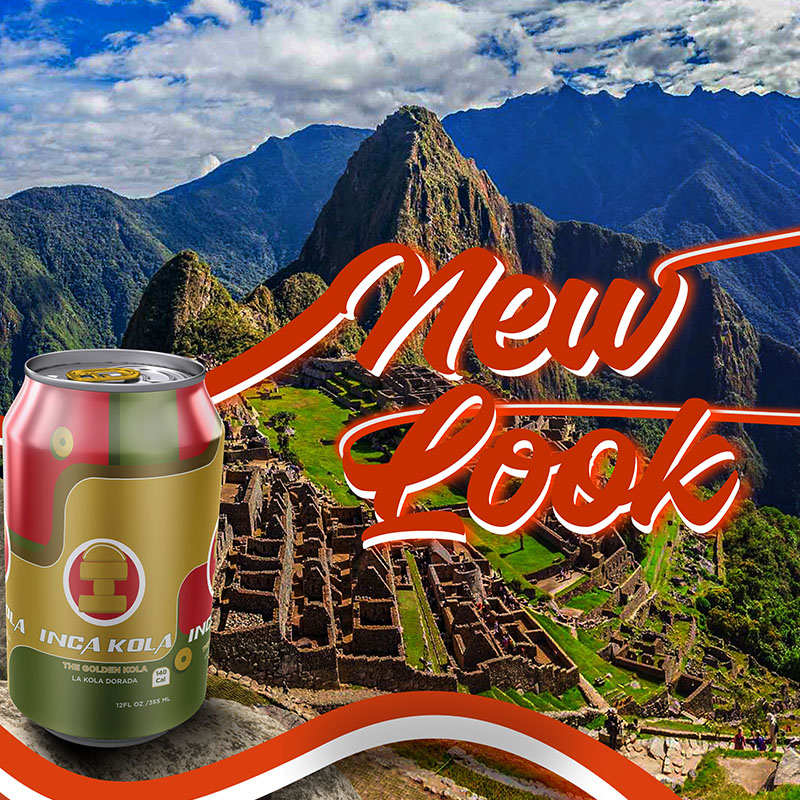 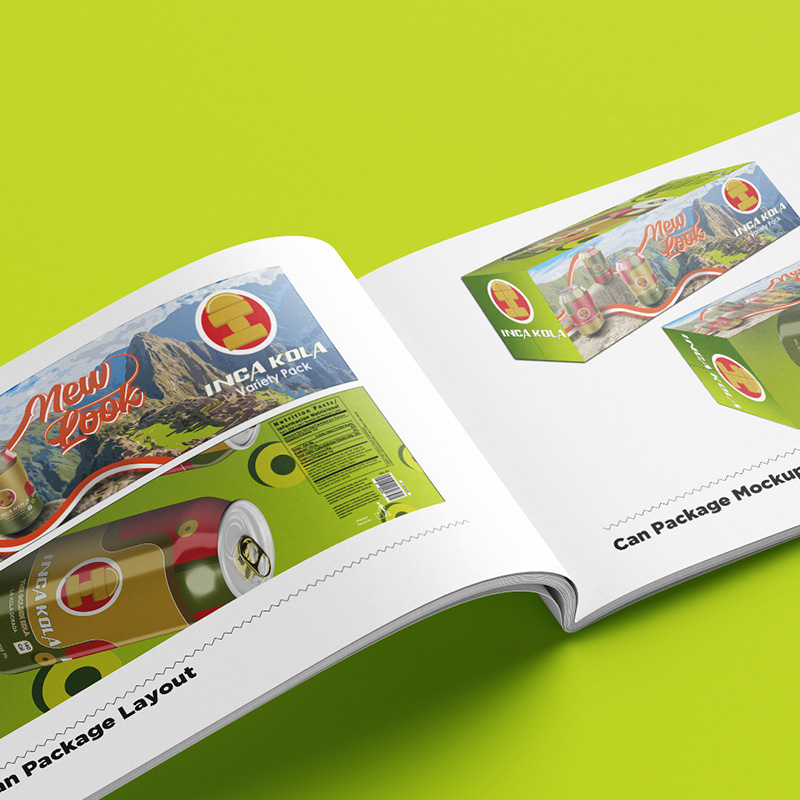 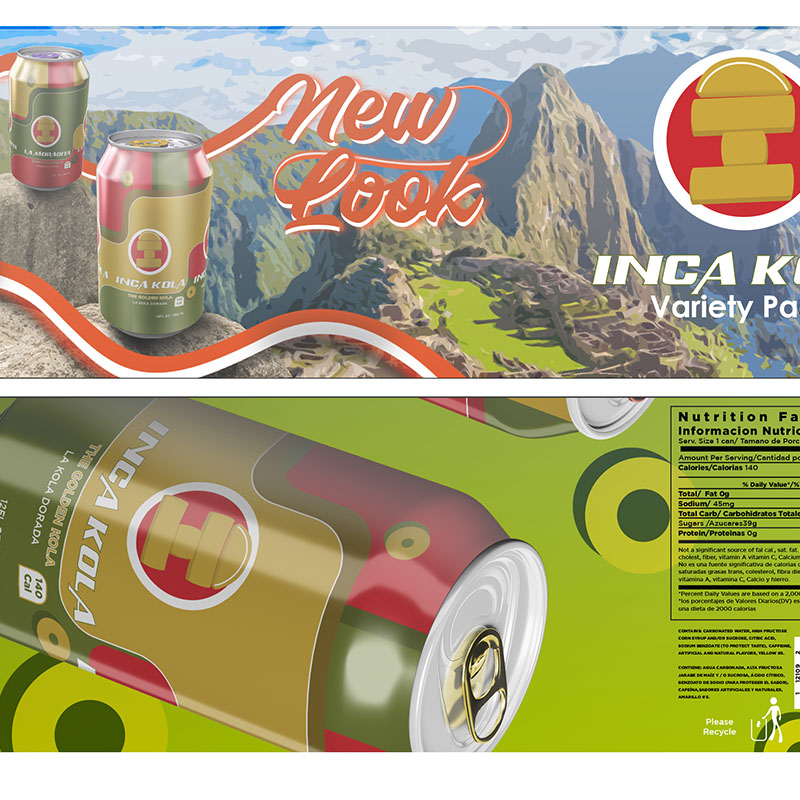 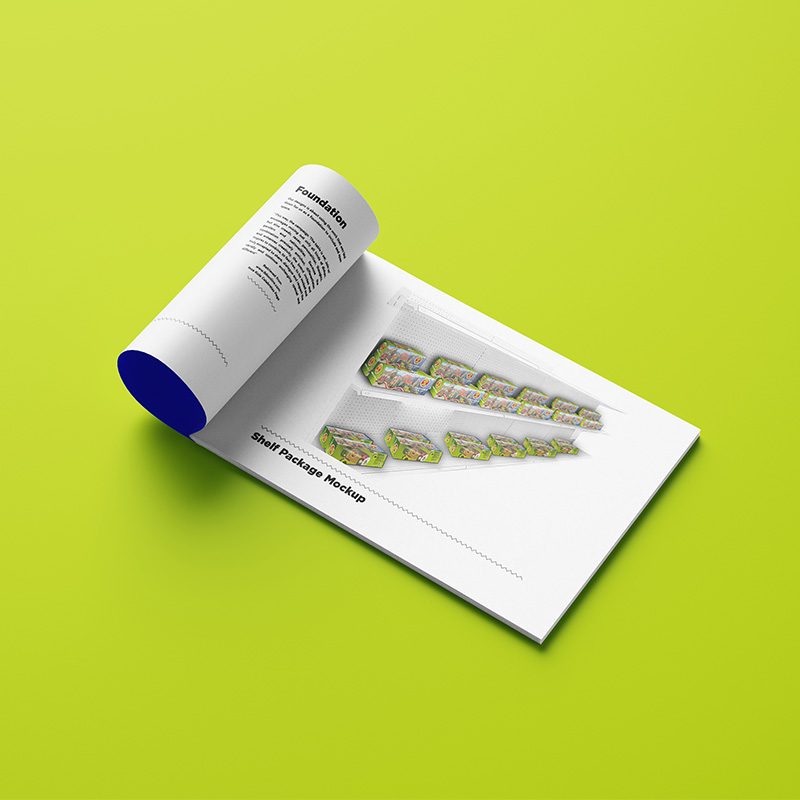 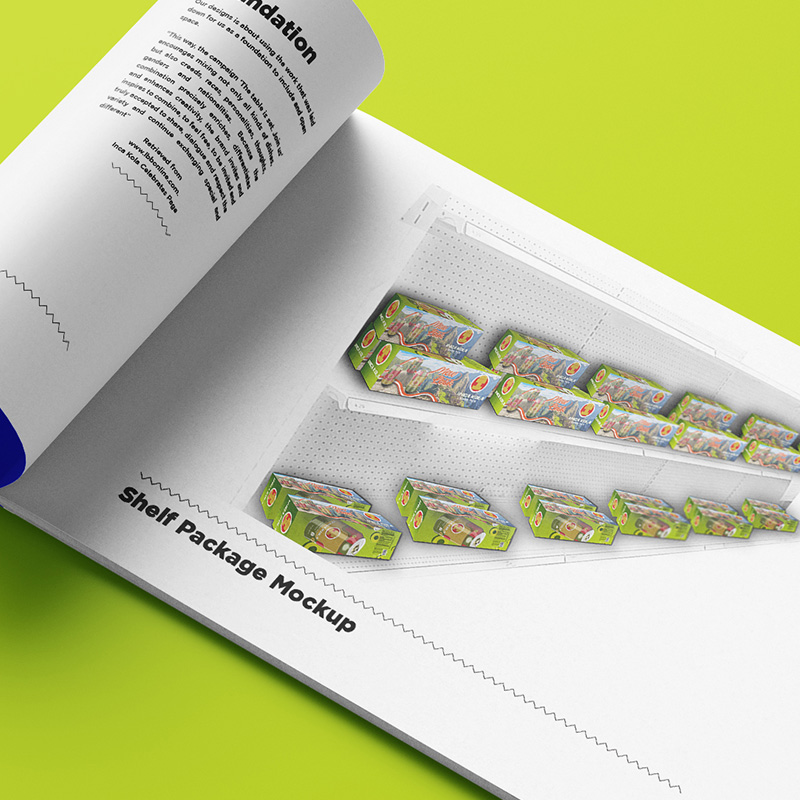 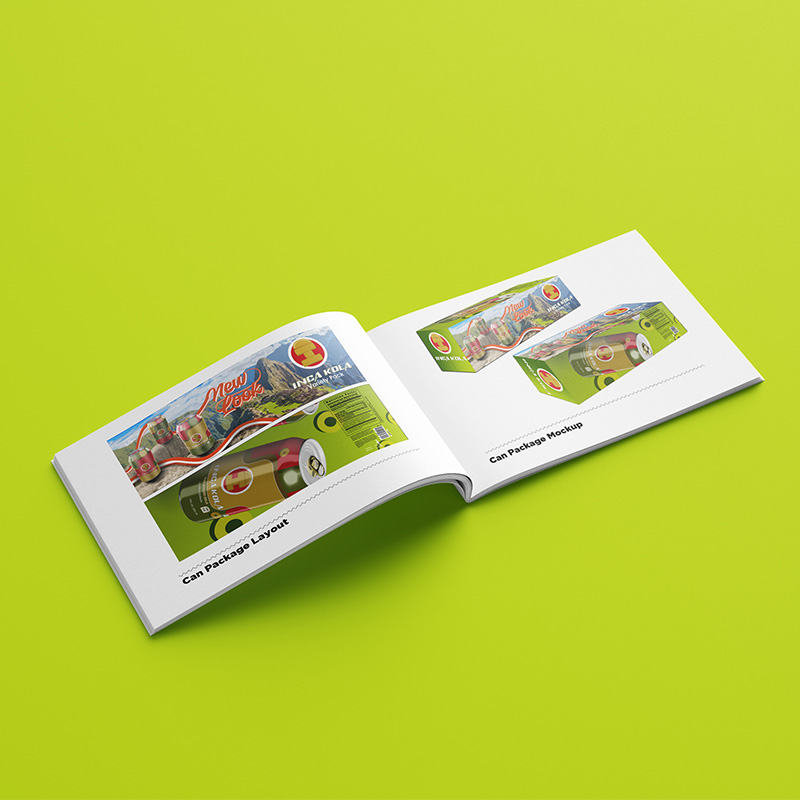 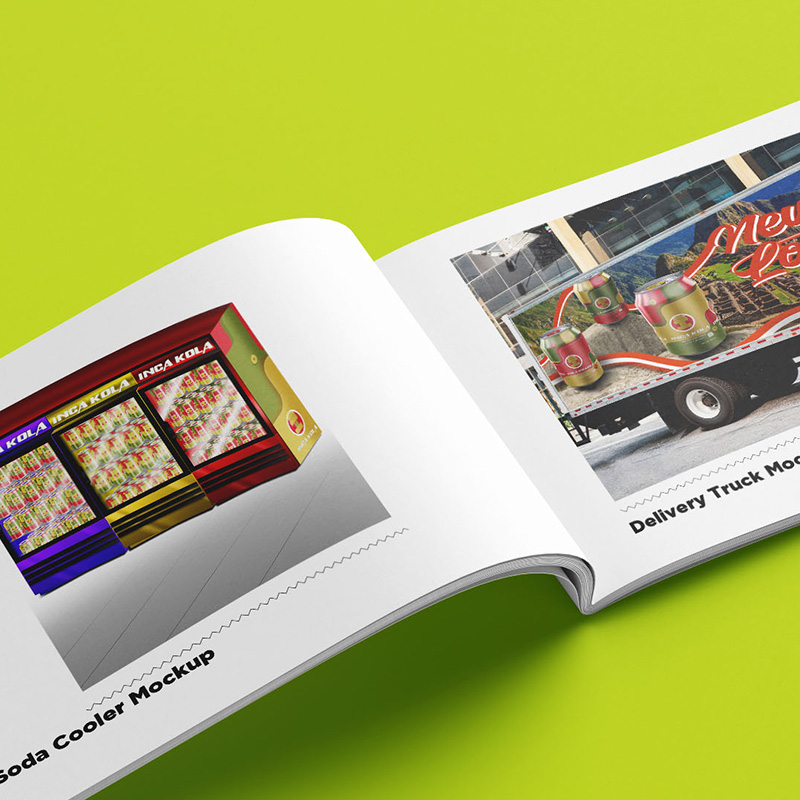 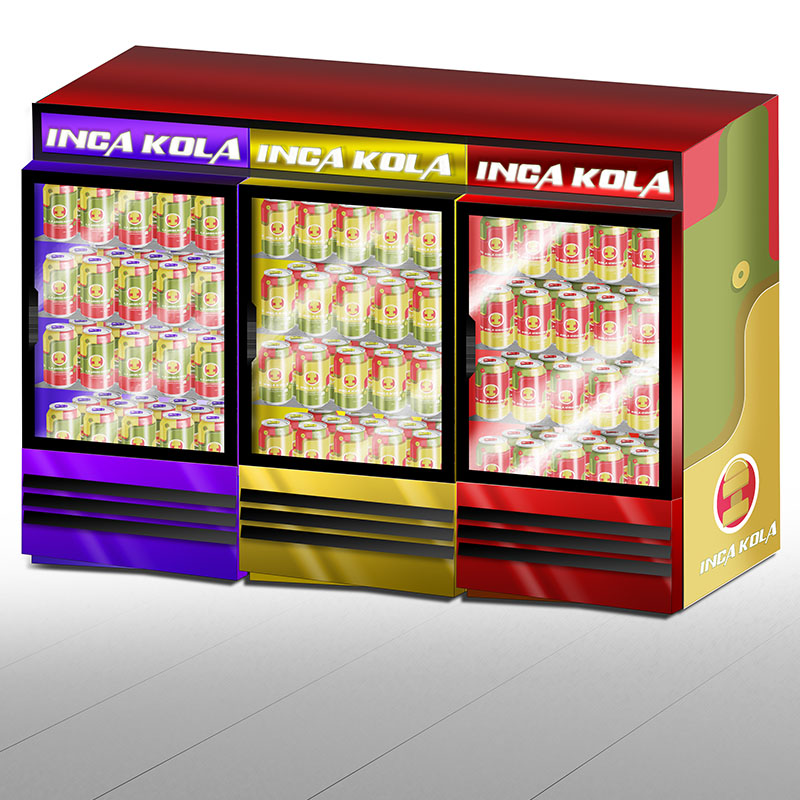 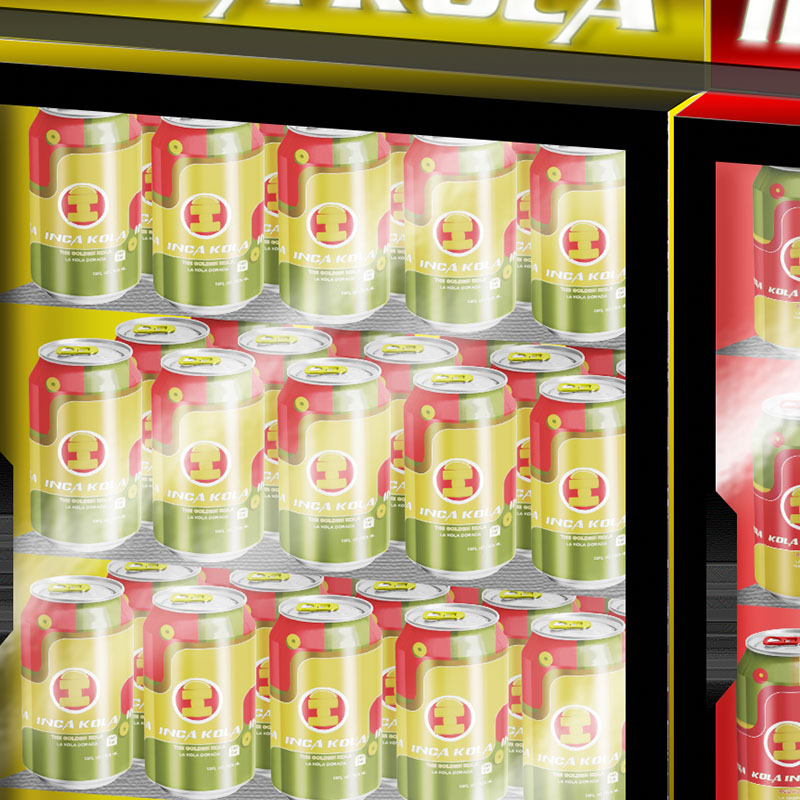 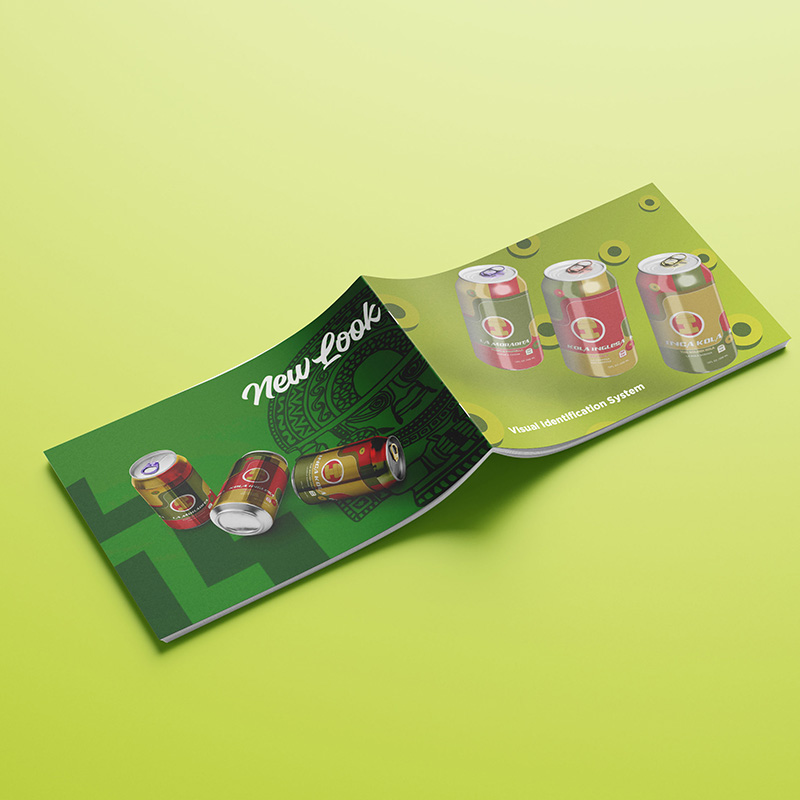